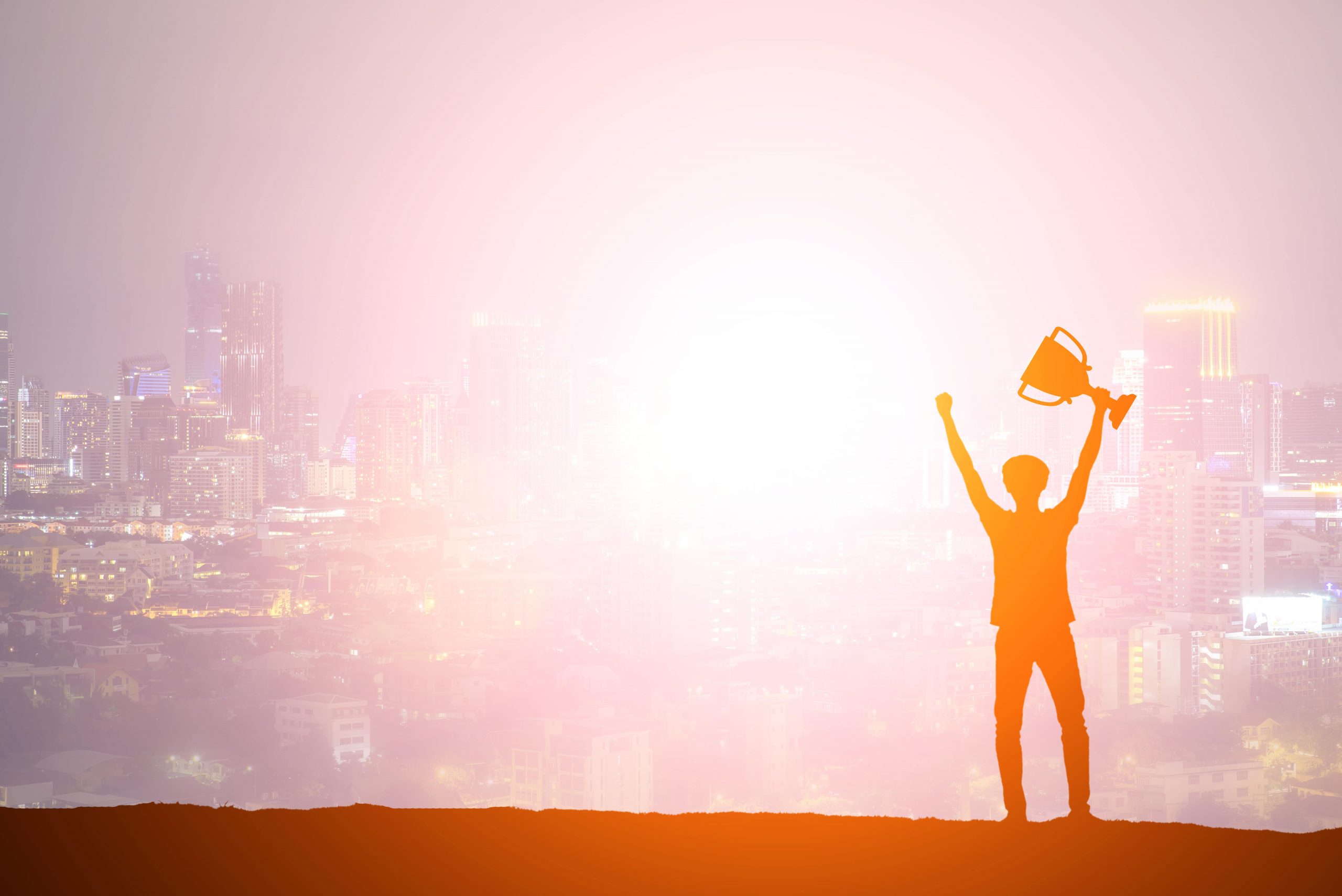 While it is an honor to get nominated for an award, it is not a stamp of approval and doesn’t necessarily mean you are better than your peers, rather it’s a commendation in recognition of your efforts as an artist, and proof that your hard work for the year in review was not in vain. It is often meant to tell the artist or their management that there are people watching and serves as motivation for them to do better or work harder in the coming year. It’s often regarded by pundits as proof that all the work an artist and his/her team put in hasn’t gone unnoticed or unrecognized.

For me awards or not, proof of the work any artist puts in is in the numbers, the streams, shows, and events they get booked for during the year in review. A lot of artists get snubbed by award boards and committees mostly because their genre does not have an award category under which it could be nominated or reviewed or simply because they are seen as controversial or non conformists. Sometimes even when an artist’s work is nominated for an award it is placed in the wrong category, or in a broad category with lots of other songs which makes it impossible for the artist to win.

After the Grammys every year, Africans, especially Nigerians, either cry foul or protest about the award categories our artistes vis a vis Afrobeats are often placed in. Fans and lovers of Afrobeats find it odd that despite the rising profile of the genre and the gains it has progressively made over the past 5 years, it hasn’t been deemed proper or necessary to give Afrobeats or other African music genres its own stand alone award categories.

This was the same for the BET awards a few years ago, where the award categories that included African nominees were presented before the main awards. We the fans and Africans protested and rallied until it was changed.

I honestly have nothing against any award giving organization, in fact I commend their initiative in creating a category that recognizes the inroads made by the new generation of African artistes in recent times.

Everytime any African artiste, especially Nigerians gets nominated for any international awards, albeit the Grammys, I feel proud that their work has been recognized. In the past 3 years Nigerian artistes and music of African origin have gotten several nominations that it is always difficult to choose who to support.

Unfortunately, when all African artists and music from Africa get grouped in one category, the ‘World/Global category’, I feel it is an insult for a continent of over 1.3 billion people, with a plethora of amazing talent and genres of music.

I am certain that the recording academy means well in doing so, but the time for inclusivity is past, besides whatever is worth doing, is worth doing well. And as an African, a lover of good music and an entertainment enthusiast I felt inclined to ask a couple of questions.

Why hasn’t the recording academy created categories for African music and music of African origin?

Why does Afrobeats not have its own categories just like RnB, reggae, rock, hiphop etc?

Is the opinion and music from a whole continent so dismissible that we are all grouped under a single banner of world or global category?

Are they ashamed of Africans or is this a case of racism or nepotism from the recording academy?

Was this category created just to keep up appearances, to ridicule Africans or to really promote music of African origin or just so they could say we have given them a category for African music?

Bearing in mind that Africa is a continent not a single country and is made up of over 50 countries, why give us just one category? Why group us under one heading when we have several styles and genres of music out of Africa.

African music has grown in leaps and bounds in recent years. There are several genres of music and even though some ignorantly group it collectively under one genre “Afrobeats” it has grown and is still growing steadily everyday. And in just a couple of years it has made Africa a force to be reckoned with music wise globally.

Africa as a continent has huge potential for business because of the numerous untapped resources available both in human and material form. Recently, many businesses both local and global, like ADIDAS, TOMMY HILLFIGER, PUMA, GLOBACOM, MTN, ETISALAT, AIRTEL, MARTELL, PEPSI, COCACOLA, GUINNESS & NBL and so on, have recognized the power of music and its stars, and have gone ahead to sign on these artistes as their BRAND AMBASSADORS.

Nigeria alone is made up of over 200 million people and die hard fans. I want to assume that any network would want to tap into those numbers to gain more foothold and increase their viewer base around the continent. This alone should make them rethink especially when they equate this to the number of viewers/advert placements they will get in the long and even short run.

With the impact that Nigerian and African music as a whole is making across the globe we deserve more than just one award category, we should have several categories (am sure if they reach out, a couple of African businesses will be willing to sponsor several categories like Nissan, CocaCola, PEPSI, Heineken do).

I think it is a thing worthy of note and celebration too that African music without any proper viable or actual structure has been growing and gaining recognition all over the world. These days our artistes are the frontline ambassadors promoting African unity through collaborations, our lifestyles and cultures with their music.

A couple of years ago it was our movies via Nollywood but recently the music has been taking over. It is also worthy to mention that unlike their counterparts and colleagues in the western countries like UK & U.S, African artistes barely even earn royalties from their music, piracy also makes it next to impossible for them to earn from record or album sales, yet they are able to make good meaningful, danceable music that cuts across all barriers: tribes, borders and languages as good music should. Our artistes perform and also sell out the same high class and exclusive venues that their western counterparts do.

Sure awards are good morale boosters for an artist and to show him/her that their hard work is being recognized and noticed but it will mean nothing if due respect is not given to whom it is due.

I am certain lots of people might disagree with me but the truth is, as much as an award might increase the profile of an artiste it will not improve, increase or decrease the productivity or creativity of an artiste. An award does not come with any monetary value nor does it automatically guarantee an increase in an artist’s marketability but it is good motivation and a reason for any artist to work harder. It also comes with a certain validation that your efforts and hard work as an artist hasn’t gone unnoticed.

I have always tried to steer clear of controversial issues or topics not because I don’t have an opinion, or am afraid to speak out, but because I try to keep my views to myself.

Why, some will ask? While I have an opinion and I am not worried to share it, some people will always misunderstand, misinterpret or misread my views, because of their need to engage in negative criticism instead of a constructive one or say something hateful or spiteful.

I do not write this to cause controversy but hope it will be read by the right people and cause a discussion that will bring about a positive sustainable change. I urge all lovers of African music across the world and all African artistes to join their voice and influence to urge The Recording Academy to create stand alone award categories for African music genres.

In summation, if The Recording Academy or any international award giving organization decides to create a category for African artistes then we should have more than one category, to cater to the several genres of African music that exist.

They should not do Africa a disservice by packing all our genres or artistes under one banner; ‘GLOBAL or WORLD CATEGORY’. It’s like saying our music is not impactful or making waves worldwide. I am sure it will boost and increase viewership if African music genres get their own categories.

ARTISTE TIP OF THE DAY: “You are not first in line, you are not the last in line and you are not the end of the line, this started way before your great great great great grandfathers, so to be so full of yourself or self absorbed, because millions of people that you don’t know and some you will never even meet love you is ridiculous. You should be thankful to God for the opportunity & the love.” – Smokey Robinson BETAwards Lifetime Achievement Award Winner 2015

Artiste Managaement 101: The Role Of An Artist Manager

Saying Yes Today Gives You The Power To Say No Tomorrow

Success – (The Myth and The Facts) Privilege VS HardWork

For rally again, them dey give Tinubu script. The people around Tinubu are the most devilish!

Which queue are you joining today?
Queue for fuel?
Queue for PVC? or
Queue for new naira notes?

Nigerians can no longer tolerate a ruling party APC whose Leader is accusing the President of bad policies and insincerity of purpose. This means by Tinubu assessment that Buhari has failed Nigerians woefully. Vote out incompetent and disunited APC and vote wisely for @PeterObi